Lisa has decades of experience establishing and operating political regulatory systems.  She served as the UK Electoral Commission’s Director for Party and Election Finance from 2007 until 2011, and previously worked with the US Federal Election Commission as an Assistant General Counsel for Enforcement.  Lisa also established and managed the investigative division of a national local government ethics watchdog.

Lisa has lectured on party funding in Canada, Japan, Italy and the United States. She has given evidence and presentations to parliamentary committees in the United Kingdom, Serbia and Montenegro and provided expert advice to support anti-corruption and good governance programmes in many countries.  Her projects cover a broad spectrum of areas: assessment of legislative frameworks and their implementation; design and delivery of capacity development programmes; and election observation.

As an independent consultant, Lisa has worked on projects with the Organisation for Security and Cooperation in Europe, International Foundation of Electoral Systems, Council of Europe, UK Foreign and Commonwealth Office, Commonwealth Secretariat and International IDEA.

Lisa holds degrees from Goucher College and Middlebury College, and a Juris Doctorate from Case Western Reserve University School of Law.   She was admitted to practice law in the USA and re-qualified as a UK solicitor. 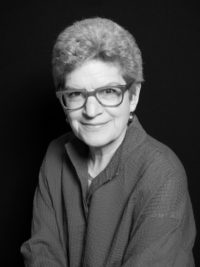