Former MP and Chair of the International Development Committee

Malcolm Bruce was the Member of Parliament for Gordon from 1983 until his retirement in May 2015. In that capacity he carried a number of portfolios and served on many committees notably covering economic affairs, energy and the environment and chaired the International Development Committee from 2005 to 2015. Prior to his election he trained as a journalist and worked in a variety of different posts in the public and private sectors including founding his own business. He was called to the Bar (Gray’s Inn) in 1995, was made a Privy Councillor in 2006, knighted in the Queen’s Jubilee Birthday Honours in 2012 and appointed to the House of Lords in the 2015 Dissolution Honours, being introduced to the House as Lord Bruce of Bennachie on November 19, 2015. 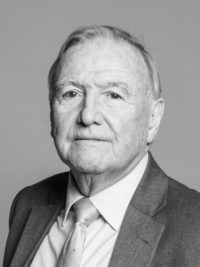