Margaret Curran is a former Member of Parliament in the House of Commons and the Scottish Parliament. In the Scottish Government, she served as a Cabinet Minister in various portfolios, including Minister for Parliament, for Housing and Planning and for Social Justice. At Westminster, she was a member of the UK Shadow Cabinet as Secretary of State for Scotland. Having served in both the UK and Scottish Parliaments she brings a unique perspective and an in-depth knowledge and insight into the workings of devolution. Margaret has considerable experience in Governance and Parliamentary systems and has led transformational change and designed and delivered policy programmes across Government. Active in politics over many years Margaret has a detailed understanding of political processes and political change.

She has a longstanding commitment to women’s empowerment and to increase the representation of women at all levels. She has led teams of politicians and officials to deliver legislation and policy implementation across a range of areas and delivered the highly successful housing stock transfer in Glasgow.

Prior to her election, Margaret was a University Lecturer in Community Education with a focus on developing Civil Society Organisations and programmes on empowerment and networking.

Margaret is currently an Honorary Professor at Glasgow Caledonian University and is working with Edinburgh University Business School developing programmes on political leadership. She also acts as an international consultant and trainer with a range of organisations including the Westminster Foundation for Democracy, NDI and OECD, involving work in the Middle East, Africa, Asia and Eurasia. 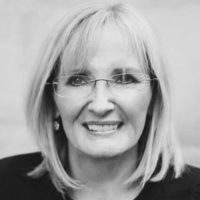