Former Minister of Defence and MP

Sir Nick Harvey is Chief Executive of the Liberal Democrats.  He previously served five terms as a Lib Dem MP over twenty-three years, and was a Defence Minister in the UK’s coalition government formed in 2010. Before entering Parliament he worked as a financial communications consultant in the City of London, and was first involved in politics as a student.

Within the Lib Dem party he served as chairman of campaigns and communications, was on the party’s management board for 16 years, and has overseen the selection and training of candidates, including the promotion of women candidates.

In Parliament he served as spokesman on transport, industry, health and defence. He has also served on the House of Commons management board, and on Parliamentary committees on industry, home affairs and standards (code of conduct). Nick contributes to GPG’s work to support the parliament and political parties in Egypt and Jordan.

Since the 2015 UK election, Nick has also been working as a freelance consultant, trainer, writer and company director and he is Chair of the Joseph Rowntree Reform Trust – which awards grants to support progressive and reformist political campaigns. 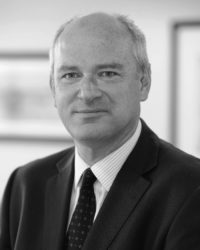