Nick Sigler was the Head of International Relations for UNISON, Britain’s largest public service union from 2003 until his retirement in 2013. His responsibilities included overall management and development of all the union’s international activities and policies, including its international development fund and major projects funded through DFID.

Nick started work for the Labour Party in 1976 as a Research Officer with responsibilities for agriculture and Europe. In 1985 he was seconded to the Socialist Group in the European Parliament where he worked for a year as the British Liaison Officer. He was promoted to the position of Senior Research Officer for the Labour Party in 1986, with additional responsibilities for environmental policy. In September 1993 he was appointed the Labour Party’s International Secretary. In 2002 he was seconded by the British Government to work as the Senior Parliamentary Officer at the OSCE Mission in Belgrade, Serbia. Nick worked as part of the GPG team working with the parliament and political parties in Jordan. He has also assisted with GPG’s work with political parties in Egypt. 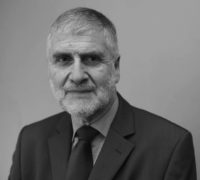