Former Clerk in the House of Commons

Nick Walker worked for the House of Commons for 30 years, retiring at the end of 2017. During his career he clerked the Agriculture Committee, the Joint Committee on Human Rights and the Justice Committee, and also worked for other select committees. He worked in each of the main three procedural offices in the Commons: the Journal Office, Table Office and Public Bill Office, and he clerked debates in Westminster Hall. Between 2001 and 2004 he was based in Brussels as the UK National Parliament Representative to the EU; and he also served for two years as Director of Departmental Services, dealing with HR and financial matters. His career gave him experience of all aspects of parliamentary legislative, scrutiny, political and administrative processes, at Westminster and elsewhere, and he undertook parliamentary strengthening work with Members and parliamentary officials in a range of other countries: South Africa, Kenya, Mozambique, Fiji, The Gambia and Namibia. He was a member of the Independent Monitoring Board of HM Prison Belmarsh from 2018 to 2020. 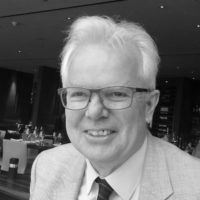 Nick Walker
Former Clerk in the House of Commons