Sir Paul Silk was a Clerk in the House of Commons from 1975-1977 and 1979-2001. From 2001 to 2007, he was Clerk to the National Assembly for Wales before returning to the House of Commons as Director of Strategic Projects from 2007 to 2011. He then chaired the Commission on Devolution in Wales from 2011 to 2014. He was appointed a Knight Commander of the Bath in January 2015 for services to the Parliaments of, and devolution within, the UK. He has worked as Presidential Adviser in the Parliamentary Assembly of the Council of Europe and has written and lectured extensively on Parliament and the constitution. He is an honorary Professor at the Wales Governance Centre at Cardiff University, an honorary Fellow of Aberystwyth University and a Fellow of the Learned Society of Wales. He is a former President of the Study of Parliament Group. 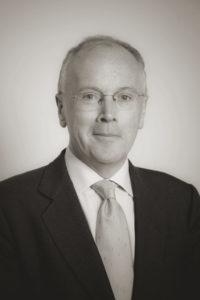