With 50 years’ activity in politics, including 12 years a Labour Government Minister, Peter Hain was MP for Neath between 1991 and 2015 and has extensive experience of conflict resolution, negotiation and government problem-solving.

As a UK Cabinet Minister he served successively as Secretary of State for Wales, Northern Ireland, Work and Pensions and Leader of the Commons.  He was also Europe Minister, Foreign Minister and Energy Minister.

In Northern Ireland he negotiated an end to the ancient and bloody conflict and helped produce an historic political settlement in May 2007.   He is author of From Horror to Hope: Can Peacemaking in Northern Ireland be a model for conflict resolution worldwide.

He has chaired the UN Security Council, is an experienced public speaker and has written or edited over 20 books, including his memoirs Outside In (2012), Mandela(2010), as well as numerous pamphlets and articles, also appearing widely on radio and television.

Peter Hain’s childhood was spent in apartheid South Africa until as a teenager his activist parents were banned, jailed then forced into exile in 1966.  In the 1970s and 1980s he was a leader of the British Anti-Apartheid Movement and the Anti- Nazi League, and obtained degrees at Queen Mary College, London, and Sussex Universities. 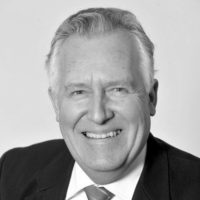