He conceptualized, developed and led the implementation of numerous multi-million dollar governance/parliamentary support projects; has conducted needs assessments of a number of Parliaments in Africa; helped a number of African Parliaments in their Strategic Planning; designed and delivered training to MPs and staff in the budget process, social accountability, financial oversight, oversight of the extractives sector and poverty reduction.

He holds a PhD in Political Science from Carleton University, Ottawa, Canada and has taught courses on Development and Conflict at that University and been a Guest Lecturer at Harvard University. He has served as the Director of Africa Programs at the Parliamentary Centre between 2006 and 2013. He has also served as a Consultant for the Africa Branch and the Multilateral Programs Branch of CIDA in Canada. 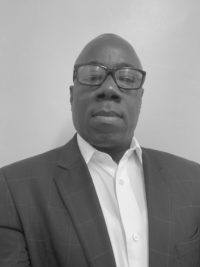