Parliamentary Finance Expert and Advisor to the World Bank

Rick Stapenhurst is a consultant/advisor to the World Bank, where until his recent retirement, he was team leader of the governance/parliamentary program. He has a dual appointment at McGill University as Professor of Practice (the Institute for the Study of International Development and Desautel’s Faculty of Management) and is a professeur associé in political science at Laval University.

He joined the World Bank in 1996 and concentrated on anti-corruption, good governance and parliamentary development.  This work involved extensive travel throughout Africa and Asia where we worked with legislators, government officials, civil society representatives and journalists. He has written extensively on issues related to anti-corruption and parliamentary strengthening including numerous articles and working papers published in the business press and in peer-reviewed academic journals.

Born in South Africa and raised in the United Kingdom, he immigrated to Canada in 1972. Rick previously worked at the Canadian International Development Agency, where he was the Director of the Multilateral Development Banks unit and, before that, as head of aid for Canada’s development assistance program at the Canadian Embassy in Addis Ababa where he developed and oversaw the implementation of Canadian development assistance projects in Ethiopia, Sudan and Djibouti. 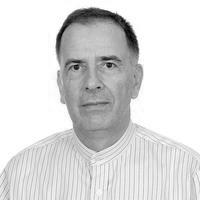