Former Clerk of the House of Commons

Lord Lisvane, formerly Sir Robert Rogers, was educated at Tonbridge and Lincoln College, Oxford. He was a Rhodes Research Scholar, worked briefly in the Ministry of Defence, and joined the service of the House of Commons in 1972. In a career spanning 42 years Robert worked in every area of the House’s business, and was successively Clerk of Select Committees, Clerk of the Journals and Clerk of Legislation. He was Clerk Assistant and Head of the Department of Chamber and Committee Services from 2009-11 and from 2011–14 was the Clerk of the House of Commons.

On the administrative side, between 2001-04 Robert was Secretary of the House of Commons Commission and, as Clerk of the House, he was Chief Executive, Corporate Officer and Accounting Officer.

Away from Westminster, Robert has chaired standards and ethics committees in a county council, a police authority and a fire and rescue authority. He is a former Chairman of the Hereford Cathedral Trust and is a Deputy Lieutenant for Herefordshire.

He is also an Honorary Fellow of Lincoln College, Oxford, and an Honorary Bencher of the Middle Temple Inn of Court.

Robert is the author of two Parliamentary Miscellanies, ‘Order! Order!’ and ‘Who Goes Home?’, and co-author (with Dr. Rhodri Walters) of the standard textbook ‘How Parliament Works’, now in its 8th edition (edited by Tom Goldsmith and Nicolas Besly). 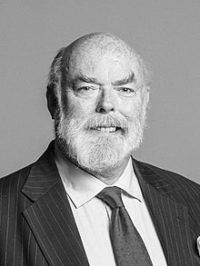 Lord Lisvane
Former Clerk of the House of Commons