Stephen Gethins is a former Member of Parliament having served as MP for North East Fife from 2015-2019 . He previously served as the SNP’s Europe spokesperson from May 2015 and then was appointed the SNP Foreign Affairs and Europe spokesperson. Stephen has been a Member of the House of Commons Foreign Affairs Committee since being elected and is now one of its longest-serving members.

Before being elected Stephen Gethins served as a Special Adviser to the First Minister of Scotland firstly as part of the SNP minority administration and then after the 2011 Scottish Parliamentary election as a majority Government. Stephen also worked with the International NGO community and has worked on projects in the South Caucasus, West Balkans the Middle East and in Africa among other places.

Stephen lives in Fife, Scotland with his wife and two small children. 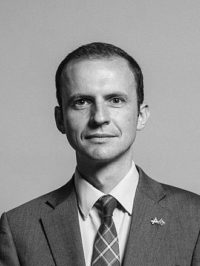