Stephen Twigg first entered the House of Commons in 1997 as the Labour Member of Parliament for Enfield Southgate. During his eight years in this role, he served as Deputy to the Leader of the House of Commons (2001-2) and Minister for Schools (2002-5). In the former position, he worked with Robin Cook on the reform of Parliament. In the latter, he established and led the London Challenge, a widely-respected programme to improve school standards across London.

Between 2005 and 2010 he ran the Foreign Policy Centre and worked for the Aegis Trust, a genocide prevention organisation.

Stephen was the MP for Liverpool West Derby from 2010 till 2019. He served as Chair of the cross-party International Development Select Committee between 2015 and 2019 leading inquiries on a range of subjects including the Sustainable Development Goals, climate change and disability-inclusive development. 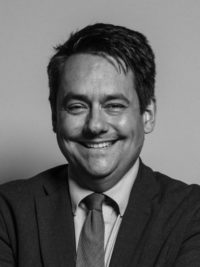