Tim Fenton is an experienced journalist and journalism educator. He specialises in political and parliamentary journalism.

Tim is currently Director of Journalism at the University of Essex. He runs a number of courses, some accredited by the UK’s National Council for the Training of Journalists. He also acts as a consultant to the NCTJ. He is a member of the UK’s Broadcast Journalism Training Council.

Tim has worked to strengthen parliamentary reporting in Fiji, the Seychelles, Macedonia and Uzbekistan. He’s done more general media development work in Morocco and with the Palestinian Legislative Council.

His work with overseas media has been on behalf of the UK Foreign Office, the Inter-Parliamentary Union, the UNDP, the Organisation for Security and Cooperation in Europe and the Westminster Foundation for Democracy. He gave evidence to the 2015 UK International Development Committee report on Parliamentary Strengthening.

Tim previously worked as a Political and Parliamentary Correspondent for the BBC. He was Managing Editor of BBC News Online and an independent Editorial Adviser to the BBC Trust. Tim has spent time living in the Caribbean and started his teaching career at New York University. 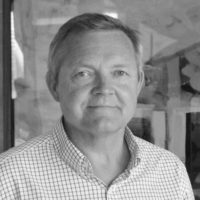